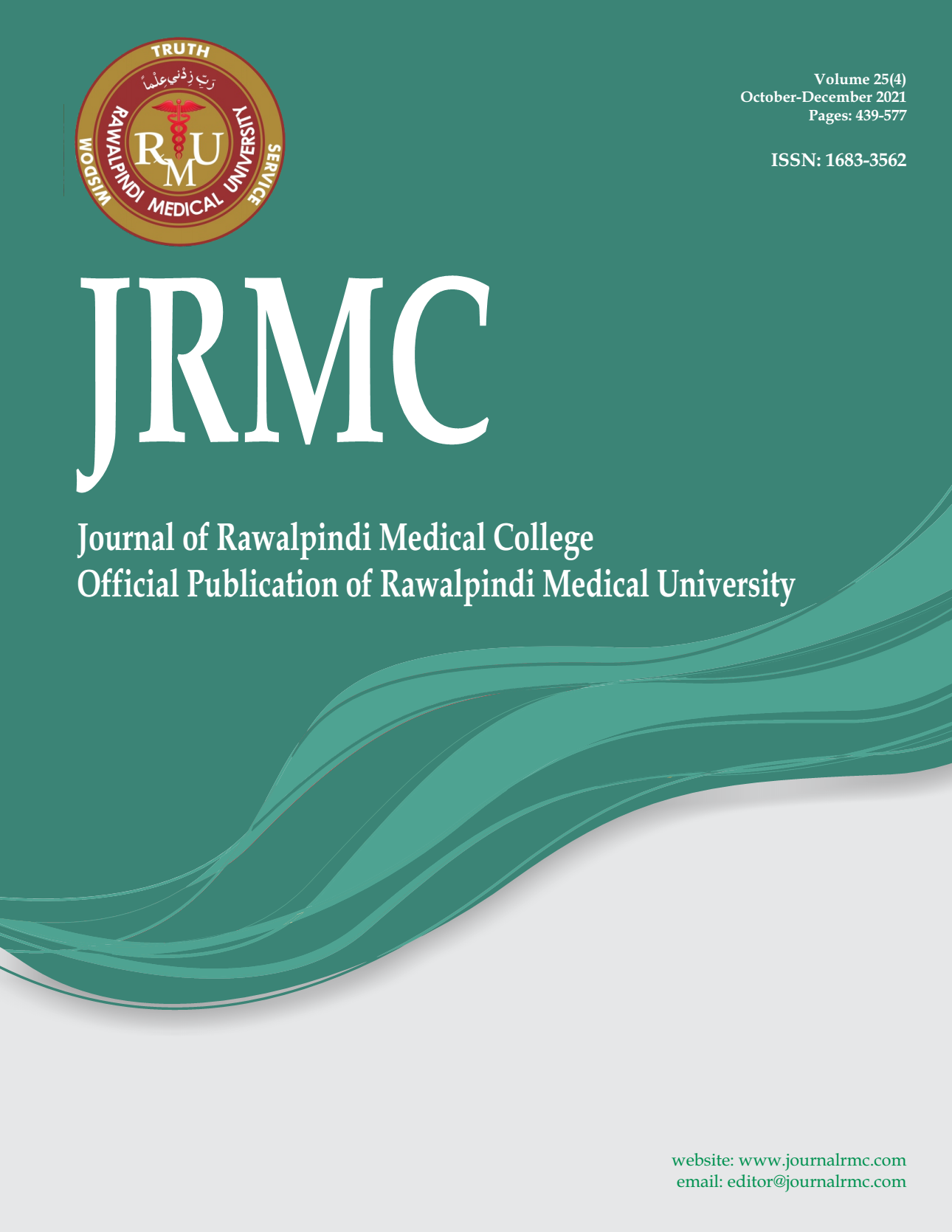 Meconium stained amniotic fluid (MSAF) is a frequent occurrence seen by health care providers in obstetric and neonatal practice. MSAF is a predictor of adverse perinatal outcome even in low risk pregnancies, so MSAF can be taken as independent marker of fetal distress. MSAF was associated with higher rate of caesarean delivery, meconium aspiration syndrome, hospital admission and perinatal mortality.

The objective of this study is to determine the frequency of MSAF in low risk pregnancies presenting with irregular labour pains between 37 to 40 weeks of gestation.

This was a Descriptive case series conducted in Gynae / Obs Unit II, Holy Family Hospital, Rawalpindi from December 2020 to May 2021. All patients registered in the labour room of Obs/Gynae Unit-II between 37 to 40 weeks were evaluated for the occurrence of irregular labour pains, with the help of history and clinical examination. Presence of meconium stained amniotic fluid in low risk pregnancies presenting with irregular labour pains was noted. A cutoff value of 12 hours for irregular labour pains was taken and after that elective amniotomy was done to see the colour of liquor and delivery was planned accordingly. Informed written consent was taken from all patients before enrollment in study. All relevant information was recorded on specified proforma.

Meconium-stained amniotic fluid was prevalent among majority of the women (64.2%) those presented with irregular labour pains and categorized as low risk. Mean age of the women was 28.05 years. MSAF was found positive among all three age groups but it was more prevalence in age group 26-30 years.