The Outcome of Unreamed Interlocking Nail for the Management of Open Fractures of Tibial Shaft: An Observational Case Series 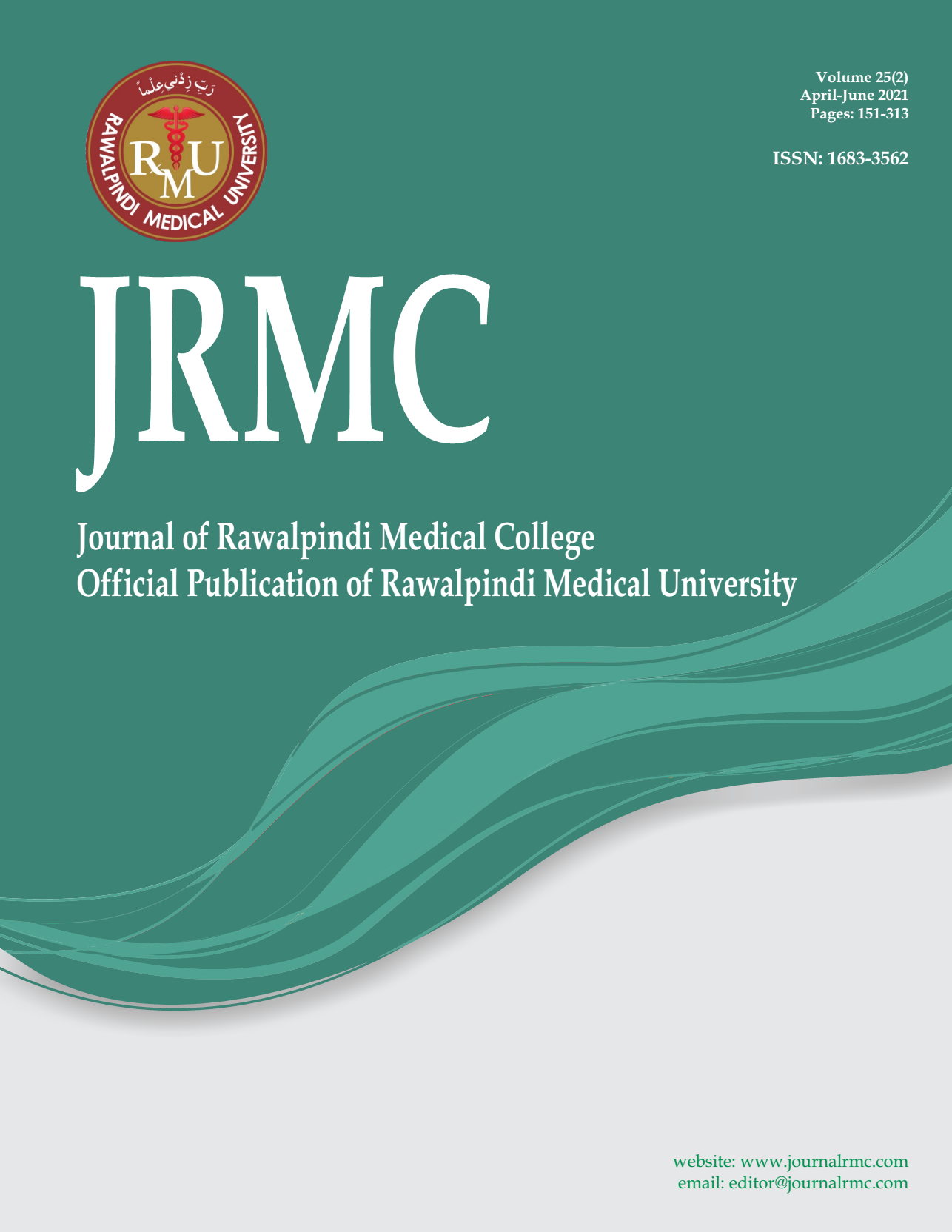 Objective: This observational case series was designed to see of early debridement and unreamed interlocking nail have emerged as a better modality in the management of open fractures of the shaft of the tibia.
Materials and Methods: This descriptive case series study was conducted at the Department of orthopedics, Wah general Hospital Rawalpindi for a period of 6 months. Through non-probability purposive sampling, 60 cases of open fracture of the tibia were included. Unreamed interlocking nail was inserted in all the sixty patients and each nail was statically locked with one screw proximally and one screw distally. Patients were followed regularly i.e on the 1st then 10th, 20th, 30th post-operative day then monthly for 9 months in OPD, and data for union and infection were recorded.
Results: The mean age for all patients was 32.82 ± 8.87years. There were 49 (81.7%) male and 11 (18.3%) female patients involved in this study. There were 27 (45%) patients who presented with Gustilo Anderson type I fracture, 23 (38.3%) had Gustilo Anderson type II and 10 (16.7%) had Gustilo Anderson type IIIA. We observed that there were 17 (28.3%) patients who had a transverse fracture, 22 (36.7%) had an oblique fracture, 8 (13.3%) had a spiral fracture and 13 (21.7%) had comminuted fracture. Union occurred within 5 months in 50 (83.3%) patients, 9 (15 %) showed delayed union while 1 (1.7%) patient had non-union after a course of follow-up. Infection was also observed in follow-up in only 8 (13.3%) cases while 52 (86.7%) cases did not show any sign of infection.
Conclusion: Unreamed interlocking nailing is quite enough to manage the patients presenting with an open tibial fracture in terms of a higher union rate with low infection and non-union rate.